A breakdown and communications: Based on surreal events - Factor 3

A breakdown and communications: Based on surreal events

On the face of it, attending to a broken down car and rescuing its three occupants from the hard shoulder on the M4 would seem a simple exercise. One call and a chap in a truck turns up and tows you all to warmth and safety. Job done. Unfortunately that’s too simple and doesn’t involve anything like enough time and procedures that constitute the full ‘breakdown recovery experience!’

In short, it took five hours for me and my colleagues to get the 60 miles from Chieveley to Cheltenham following a recent post-client meeting breakdown that started at least, as a mechanical one.

To begin, you don’t call the obvious breakdown services direct anymore. Instead you call the car manufacturer’s own service – let’s call it ‘Acme Roadside Assistance’ to spare the actual culprit’s blushes.

Fair enough, the breakdown recovery, repairs, warranty issues and hire car logistics can all be sorted through one call. Great. Just what the hassled ad man is looking for on a dank October afternoon. “We’ll take care of it all for you…” my Acme Roadside Assistance operator, Maureen, purred down the line.

But it all went downhill from there which was more than my car could do. A well-known brand of recovery van turned up with about a minute to spare of the “…up to an hour” advised arrival time. Swathed in the obligatory high-viz regalia, the driver strode over to us, huddling in the cold. “There’s three of you”, he pointed out helpfully. “I wasn’t told and I can’t take all of you in my van. It’s too small”. Feeling as though I had personally blundered, I answered saying that buried in the information Acme’s operator Maureen, had asked – such as registration number, car model and make, location and colour of eyes – the number of occupants was most definitely asked, and given.

“I’ll have to tow you along the hard shoulder to the services and ring for another truck to come out”, proposed high-viz, grumpily. “Can you call the truck out now so they can get on their way?” I asked hopefully.

“Only when the revised pick-up destination point and arrival time is confirmed can an alternative rescue vehicle be alerted” high-viz man trotted out.

So a three mile trip along the M4 it was to Chieveley Service, lashed to the back of a transit van. “Don’t brake, just steer” added the driver with just the slightest hint of apprehension in his voice.

We made it safely and Tango man informed that Acme Roadside Assistance would call us shortly with an ETA. They did. “They’ll be with you as soon as possible but it could up to an hour” says Ingrid. Groundhog day.

OK then, I say, and with an eye to the imminent future I ask Ingrid which garage we’ll be going to and what about hire cars? We’re off to the Cheltenham dealership and by way of hire car, do I have any preferences? Nice touch. Actually I do so could I have an estate car with manual transmission? Ingrid will call me back. Karl phones me back (I felt his name began with a K and that, were he visible we’d see he used too much gel and wear very pointy shoes). “Hi Mr.Fairburn, we’ve managed to get an automatic convertible delivered to the dealership” For me? You shouldn’t have done. Seriously, Karl, you shouldn’t. By the way Karl, any sign of the flatbed? But Karl is just car hire so he’ll get someone to phone me. Nobody does. So I call them and ask for Maureen or Ingrid. “Sorry”, says Fiona “they’ve finished for the day. Could I have your registration number, make model and favourite brand of sausage…”

We are not happy – I share my prevailing emotion with Fiona who resorts to the customer services defensive ploy of repeating my title and surname after every four words or so ad infinitum. “You see Mr Fairburn, whilst we are trying, Mr Fairburn to get your car picked up Mr Fairburn” etc. etc. By now we’re on first name terms with the staff at Costa’s in Chieveley. Flatbed man eventually turns up after nearly 2 hours. It’s 4.30pm. “If we don’t get to the dealership by 5.30pm I can’t drop the car off” states flatbed man, helpfully. I call the inappropriately named “Acme Roadside Assistance”. “Is that Fiona?” I ask. It is and I’m momentarily stunned at the prospect of speaking to the same person at Acme, twice. I outline the problem and ask if someone could stay on at the Dealership? No, says Fiona, the alarm goes on automatically at 5.30pm. Can’t we unload it on the Dealerships forecourt? No says Fiona, because someone has to sign for it. Ok then, I sigh, we’ll park it on the road. Flatbed man pipes up “You can’t unload a broken down car on the public highway”. Statements like this both confuse and annoy me. Cars live on roads. What he means is that it’s an illegal act, apparently. There’s no point pursuing the issue and we end up parking in Factor 3’s car park at 6pm with the distinct possibility of my hire car sitting unloved on a Dealership forecourt across town.

Fast forward and it’s the dawn of a new day. I did get home and my car was picked up by a third truck and the problem with the clutch was identified and sorted.

The point is that my expectations were raised (by Maureen) with Acme’s “one call and it’s sorted” promise whilst all the Acme characters we met or spoke to were oblivious as to their role in the torturous, bureaucratic, customer unfriendly service. You design and make cars. Stop right there. Leave the rest to the respective experts.

Next time I breakdown I shall call the RAC direct, which a propos nothing, is a CAR in reverse. 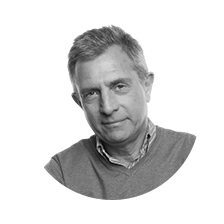 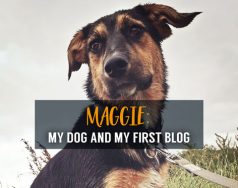 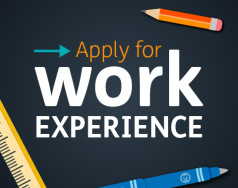