2014 marks the 100th Anniversary of the start of the First World War – hoped to be “the war to end all wars” …but sadly not the case.

Since its creation following the First World War, the Royal British Legion has worked tirelessly to ensure that the memory of those who have given their lives in service to their country will continue to be honoured forever. Every year the poppy appeal reminds us of the sacrifices that have been and are still being made so we can live our lives.

This year there has been a lot of activity surrounding the 100 year anniversary and I want to share some of the images and activity that have inspired me; stopped me in my tracks; made me look twice…and bought home the stark reality of how lucky we really are today.

War Horse at the Tower of London

On 5th August 2014 a major artistic installation entitled ‘Blood Swept Lands and Seas of Red’ was unveiled at the Tower of London. 888,246 poppies have been installed in the Tower’s dry moat – one for each British and Colonial fatality during the war.

Anyone who knows me probably won’t be surprised that I’ve chosen the image above. I think it’s beautiful and awe-inspiring – a fitting tribute to all those animals and humans who bravely went to war.

The Face of World War One

Commissioned by BBC Local Radio. The Face of World War One is a stunning mosaic comprising thousands of photographs from past and present. It was created to commemorate how the sacrifices made by those during World War One, shaped the face of today.

It really brings home to me how young some of the soldiers were that went off to war. It’s also a great demonstration of how advances in technology help bring the events that happened 100 years ago right into our homes today.

#2MinuteSilence has been observed on Armistice Day since the end of WW1, marking the end of fighting #WeRemember pic.twitter.com/UTPrCYeyrx — Royal British Legion (@PoppyLegion) November 10, 2014

Join us in remembering the fallen on 11 Nov on Armistice Day by signing up to Thunderclap at: http://t.co/9yrKrfnCSn pic.twitter.com/qzSVW0yIqE — Royal British Legion (@PoppyLegion) November 10, 2014

Remember the fallen with #2MinuteSilence. Join us in Trafalgar Sq from 10am or watch live at: http://t.co/D9H2xADQDqpic.twitter.com/3rDt3wYw9w

At the eleventh hour on the eleventh day of the eleventh month – the two minute silence is observed. This takes place on Armistice Day – the day that marked the end of the First World War. It’s a seemingly small yet hugely significant act – a time for individual reflection and collective thanks. When 11 November falls on a weekday, the Legion hosts “Silence in the Square” in Trafalgar Square.

I love the series of eye-catching images used to promote the event on Twitter this year. They say a picture paints a thousand words and for me these images say it all. No need for lots of clever headlines, just beautiful, vibrant images that convey the reflection and thanksgiving that Remembrance is all about.

The Sainsbury’s ad was the original inspiration for this blog post. I’ve recently read about the 1914 Christmas Day truce in Fall of Giants by Ken Follet. The book painted a vivid picture in my mind and it has stayed with me – the ad brought the images that were going round in my head to life. This ad wasn’t created as part of the 2014 Remembrance activity, but was launched this week as Sainsbury’s 2014 Christmas ad.

As with all advertising there are those that will love it…and those that don’t. I happen to be one of the ones that loves it. I understand why some people are cynical and don’t agree with it. I fully agree with those that say that it’s slightly disturbing the way the ad is so beautifully shot that it makes the war look beautiful – something that it’s clearly not. And while that might feel a bit uncomfortable, for me the ad shows a spark of humanity shining through during a time of great adversity.

Yes, ultimately it is an ad for a supermarket and yes they are selling the bars of chocolate featured in the ad – proceeds of which are going to The Royal British Legion – a charity who Sainsbury’s have a long-standing 20 year partnership with.

On a day-to-day basis it’s hard to contemplate the horrors that war brings. You hear about war breaking out in far away places but they’re far away, so that doesn’t really touch most of us…and for that I’m eternally grateful.
All credit to The Royal British Legion for keeping the sacrifices made by so many ‘alive’ in our hearts and minds. For me personally, this year’s Remembrance campaign and 100th Anniversary activity has been inspirational and awe-inspiring.

“If we are to maintain our peace and freedom, we must always remember.” The Royal British Legion 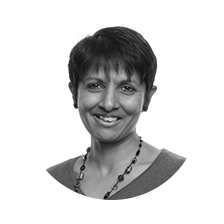 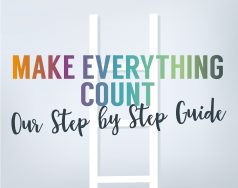 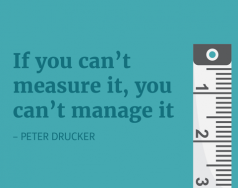